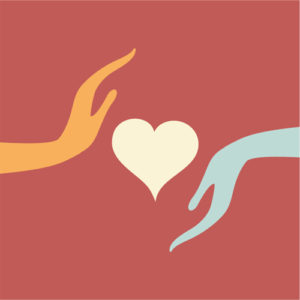 What’s behind your choice to help another human being? Are you motivated by sheer, unadulterated benevolence? Do you do it only if the cost is minimal, or the benefits great? Or are you hoping for a favor in return? Or is it about image—are you trying to avoid being tagged as selfish? Maybe you’re motivated by a higher sense of principle, trying to restore fairness?

Science has considered all of these questions. It might be a relief to hear that researchers have not figured out the formula for what makes people kind—but with a very ambitious new study, a pioneering team from Germany might have brought us one step closer to some answers.

Researchers Anne Böckler, Anita Tusche, and Tania Singer analyzed years of data about how contemplative practice—i.e., meditation—affects a slew of biological and behavioral measures (The ReSource Project). To investigate the facets and forces of kindness, they honed in on 329 study recruits who responded to questionnaires about empathy, kindness, and personality.

They also catalogued their behavior on computer-based and laboratory tasks designed to gauge kindness, self-interest (e.g., “game theoretical paradigms” and “hypothetical distribution tasks”), and performance on a suite of tasks measuring cognitive skill—all before anyone did anything for the meditation part of the study.

The uniqueness of their data lies in the way it bridges intellectual fields, drawing from psychology, neuroscience, and behavioral economics. This is valuable because existing scientific insight into human kindness is murky and disparate; findings from psychology may conflict with what economists observe or be wholly unfamiliar with neuroscience, largely because academic circles can be cliquish, and the concepts and frameworks that guide study design, data analysis, and interpretation are different. This team’s work aimed to establish a rigorous, consensus framework for thinking about human kindness, which scientists often call “prosocial behavior.”

To figure this out, they put all of the measures from half of the people in their study into a big numerical “melting pot.” Then, they ran a statistical test called exploratory factor analysis (EFA) to see which measures tended to group or “hang” together. For example, would people with high scores on the self-report Machiavellianism scale (who are callous, selfish, hubristic) also make more selfish than mutually profitable choices when given both options? (The answer to that question is yes, in case you’re wondering.)

Their EFA spit out four categories, or factors, that best organized all of their measures of human kindness:

The upshot? We’re all inclined towards genuine kindness to different degrees, partly as a function of how we generally feel—and perhaps surprisingly, how smart we are. Beyond genuine kindness, other kinds of kindness are influenced by age, sex, income—and whether or not we have children. By the way, their analyses do not reveal whether one person is more or less kind than another. Rather, they tell a story about where people’s kindness—however scant or abundant—is coming from. That said, here’s are the factors that matter the most in shaping kindness.

Feelings. How we generally feel—that is, whether we’d characterize ourselves as having more positive or negative feelings in life—influences our tendency towards genuine kindness. For example, having a lower tendency to experience negative emotions is associated with more genuine kindness. In other words, if you’re not often in a bad mood, you’re more likely to behave kindly in an unrequited way. This is consistent with a rich literature on the barriers that personal distress can pose to social attunement and connection—and, in turn, kindness. There’s also an interesting nuance: People who rate themselves more emotionally positive show higher scores on the self-reported kindness factor, but not genuine kindness. So generally feeling good makes it easier to see yourself as a kind person, but that self-image doesn’t necessarily mean you actually do genuinely kind things.

If you’re not often in a bad mood, you’re more likely to behave kindly in an unrequited way.

Intelligence. People who scored higher on a battery of cognitive, attention, and IQ tests also tended to be more genuinely kind—but no more, or less, likely to exhibit kindness based on strategic or norm-motivated concerns. Nor did they describe themselves as more kind. This challenges a popular assumption that greater intelligence is associated with more scrutinizing cost-benefit analysis or deliberation of fairness in decisions to be or not to be kind. People with lower intelligence scores were just as likely to take cost-benefit analysis, reciprocity, or reputation into consideration while being kind. Like low negativity, scoring higher in intelligence was linked to being kind just for the sake of kindness.

Age, money, family, and sex. It turns out that demographic factors also influence kindness, according to this study. As people get older, genuine kindness falls. So does norm-motivated kindness. This doesn’t mean that older people are chronically less kind. It just suggests that they may be less concerned with reciprocity, fairness, and reputation—and their kindness hinges more on considering costs and benefits.

The researchers observed a similar pattern for monthly income: As income increased, genuine kindness fell, which is consistent with a growing literature on the harmful effects on inequality on the privileged. Strategic kindness also went down with increasing income; perhaps tracking the costs and benefits of fairly meager earnings from research study games is not worth the effort to wealthy participants? Norm-motivated kindness, however, did not fall or increase with rising income, which suggests social norms of reciprocity and fairness may not change much in relation to social class. Lastly, the data show that higher-income people see themselves as more discriminating with their kindness. Is this perhaps related to their lesser propensity for genuine kindness? These data can’t say for sure.

When it came to family, people who were parents also scored lower on genuine kindness, while showing no differences on any of the other kindness factors. Are the lives of parents too structured and harried to allow genuine kindness to flourish? Again, only subsequent research will tell. As might be predicted by common gender stereotypes, women scored higher in self-reported kindness. This sex difference, however, did not play out for genuinely kind behavior, which was actually more common in men.

After the EFA and correlations summarized above, Böckler, Tusche, and Singer ran a second, confirmatory factor analysis. For this, they fed the rest of their data (measures from the other half of the people they recruited) into their initial four-factor kindness model. This analysis replicated their breakdown of kindness, and showed the same patterns between emotional style, intellect, and demographic variables and the strength of each factor for different people’s kindness.

This study is important because it begins to systematically chart out the mental and behavioral underpinnings and contextual parameters of human kindness, to provide a theoretical blueprint for the growing community of research converging on age-old issues concerning human goodness and survival.

“In times of global crises like the climate, financial, and refugee crisis, the matter of changing human prosocial behavior to move toward global responsibility is certainly a pressing one,” write the authors. A more sophisticated scientific understanding of where human kindness comes from is the critical first step to figuring out how to strengthen it. We all know it makes us feel good!

Feeling unwell can be hard work sometimes—and that might be a sign that it’s time to stop trying so hard. Taking the mindful path means making room for suffering, too. Read More

Try This Self-Guided Meditation Retreat for Rest and Restoration

May this curated retreat offer some relief, to collectively nourish our awareness, so that we have the opportunity to build authentic, trusting relationships, and from there, work together to create a kinder world. Read More

Emiliana R. Simon-Thomas, Ph.D., is the science director of the Greater Good Science Center at UC-Berkeley.

A Simple Inquiry Practice to Unwind from Stress

A Guided Meditation to Set Your Intentions for the New Year

A Guided Meditation for Healing Through Hope