INFOGRAPHIC: What it’s like to live in a tiny house. 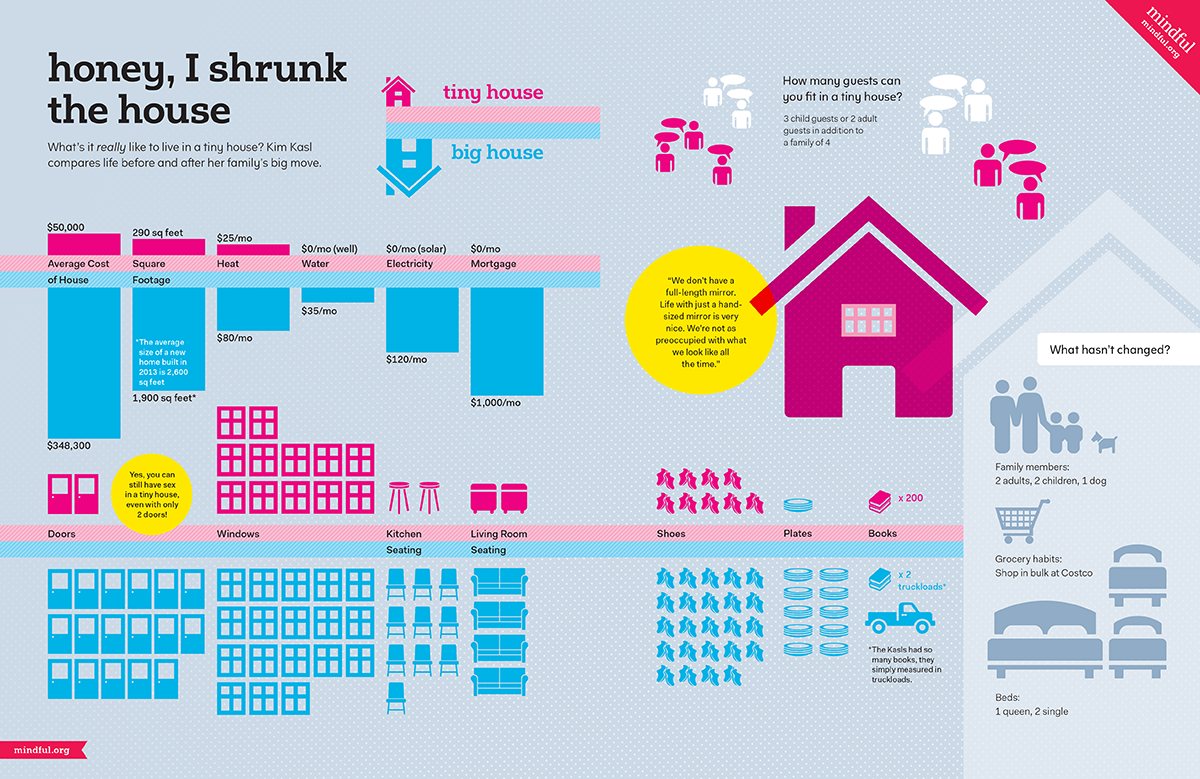 We know bigger isn’t always better. And when it comes to housing, a new breed of homeowner is opting for the freedom of simplicity over the luxury of big houses.

The Kasls have lived in their tiny house in Minnesota for three months. They moved into the 207-square-foot home after realizing they couldn’t afford their mortgage and their student loans, even with both parents working full time. “We were going to cut one of our big bills,” says Kim. “We couldn’t cut the student loans—that’s permanent—so we got rid of the mortgage.”

The Kasls had a 1,900-square-foot house, many dozen pieces of dishware, and hundreds—if not thousands—of books. Plus two growing children and a dog. Real estate agents push houses with large foyers and dining rooms that, they say, are important for resale and special occasions. When Kim realized she was forgoing her family’s ambitions, like homeschooling and traveling, for their house, she jettisoned those long-held assumptions.

This infographic also appeared in the June 2015 issue of Mindful magazine.

Are You Ready to Spend Time With Family This Holiday Season? Here’s the Ultimate Mindful Guide to Complicated Dynamics

Let's face it, no matter what holidays you celebrate, there are countless reasons we may be managing difficult emotions (and social situations). The good news is that our mindfulness practice is here to support us and help us make space for self-compassion and maybe even a bit of ease. Read More